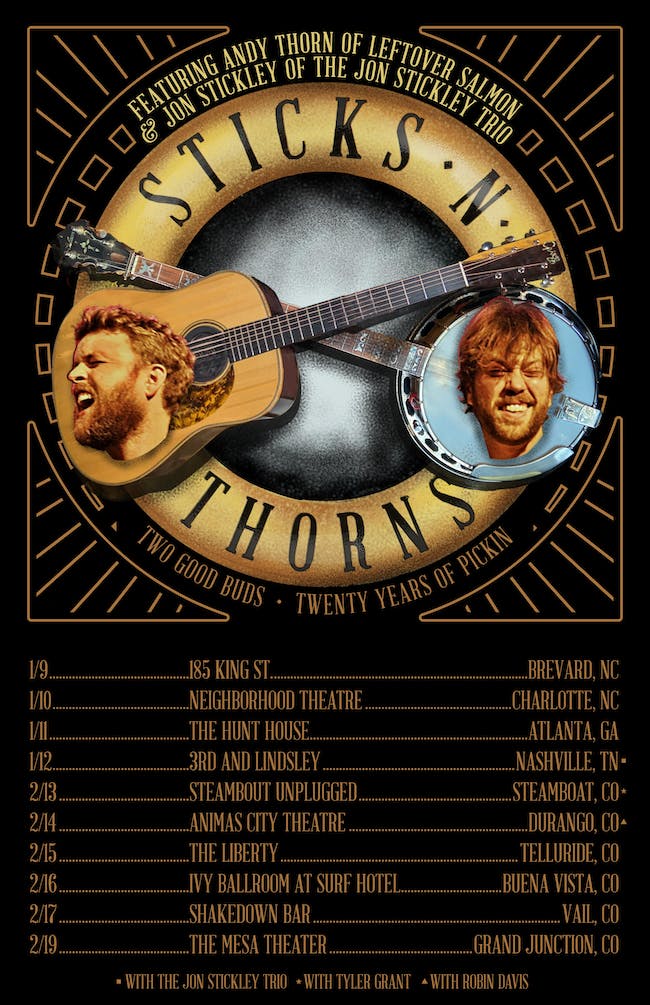 Asheville, NC --  Sticks N’ Thorns is the new project from Leftover Salmon banjoist Andy Thorn and flatpicking guitarist Jon Stickley of the Jon Stickley Trio. Since their teenage years together in North Carolina, Andy and Jon have played together in numerous bands including the Broke Mountain Bluegrass Band (with Anders Beck of Greensky Bluegrass, and Travis Book of The Infamous Stringdusters). At the 2019 Telluride Bluegrass Festival summer Broke Mountain reunited amid rabid excitement (mostly their own). This was slightly more epic than the open mic nights the two had played together back in Durham.

Today, both Jon and Andy are prominent members of the Jam Grass scene (and still best friends), despite divergent musical paths. Jon stayed in North Carolina and briefly played mandolin with Asheville favorites The Biscuit Burners. Shortly afterwards, he formed his own group, the Jon Stickley Trio, which has been praised by both NPR and the New York Times for the band’s boundary-defying bluegrass.

Meanwhile, Andy enjoyed a stint in Larry Keel and Natural Bridge, then relocated to Colorado, where he joined the Emmitt-Nershi Band (with Bill Nershi of the String Cheese Incident, and Drew Emmitt of Leftover Salmon). Soon, Andy joined Leftover Salmon, ending the band’s multi-year hiatus. Leftover Salmon had just been waiting, it turned out, for their “missing banjo link.” Since then, the band has released multiple studio albums, using Andy’s original songs as the title tracks.

Sticks N’ Thorns is for everyone who wants to see what happens when two childhood friends reunite to bring everything they’ve learned from their music careers — and from life on the road —  to their new musical hijinks. Get ready for old-school classics, buddy shenanigans, and genre-defying bluegrass. 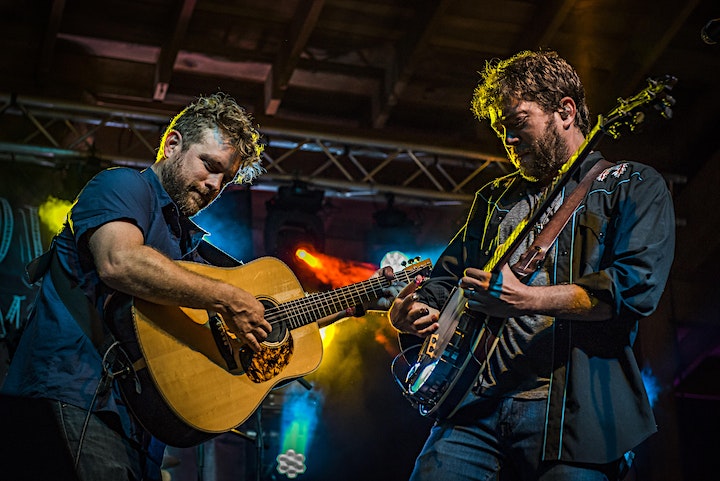 Robin plays from an unabashed place. His notes and his voice erupt with a questionable beauty and a necessary release - like a hangover that you don’t mind

because of the night that was had. The Robin Davis Duo is melody driven, flat-pick guitar bluegrass with a force that turns your head towards observing carnage - paired with bass and vocals that conjure the emotions to stop and help at the accident scene. 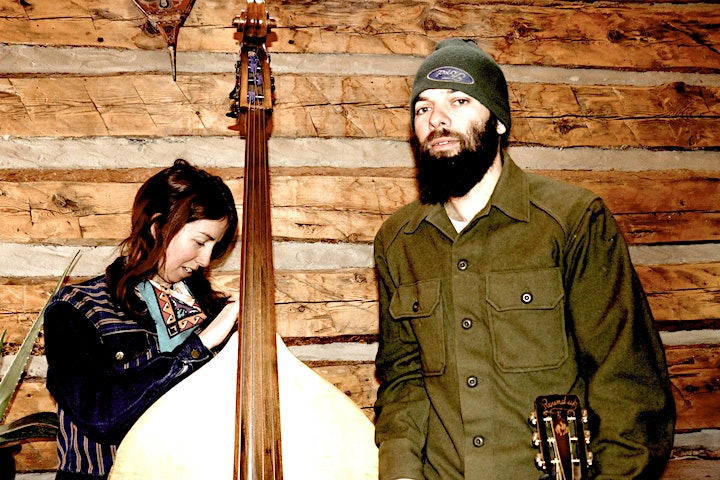