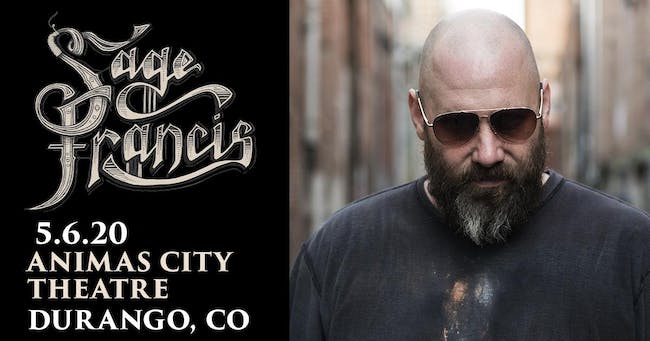 A Kind word from Sage Francis

"I was eager to make my way through Colorado before it wasn't possible for me to travel much (personal circumstances,) so it pains me to say that we have to cancel all the shows this May due to the pandemic. As much as this puts a hit on my pocket during a trying time, this is for everyone's safety. My CO fans have been top notch since day one, so I'll do my best to return as soon as I'm able to.

Ticket purchasers that paid in cash please wait 14 days from announcement to return to Animas Trading Company for a cash refund (ATC is closed until further notice). Online ticket sales will be refunded prior to May 6th

Sage Francis is widely considered one of our generation’s greatest lyricists. His career derives mainly from gifted wordplay which creates vivid narratives to instigate as well as inspire, but since it often derives from an accumulation of public disdain and personal turmoil, it’s more about storming the castle than about watching the throne.

Dubbed as the “forefather of indie-hop,” Francis originally earned acclaim in the early 2000’s by winning the most highly coveted titles of the emcee battle circuit. With little to no funding, Francis sustained himself by selling his innovative “Sick of” mixtapes, all made by hand on the floor of his Providence, RI apartment. These were essentially bootleg compilations full of select recordings from his 12” vinyl singles, demo sessions, live performances and radio freestyles. The popularity of these tapes birthed Strange Famous Records (SFR); a meager, one-man operation in 1999.

Despite having no official distribution, Francis’ unique brand of music spread like wildfire via the advent of file sharing networks. This resulted in him attaining a massive cult-like following around the world, creating a demand for his albums and live performances at which point the bigger labels took notice. With his first studio album, Personal Journals (2002,) Francis daringly set aside the more boastful side of rap by catering to his poetic leanings and scathing socio-political commentary.

In 2005 Sage Francis was the first hip-hop artist signed to Epitaph Records and soon became one of the highest selling independent artists of his genre. Rather than abandon his day-to-day grind at SFR, he channeled all of his newfound resources into it, allowing the label to expand in staff as well as roster. Having fulfilled his contract obligations with Epitaph Records, Sage Francis has returned to releasing music independently as he gears up to defeat the odds. Once again. 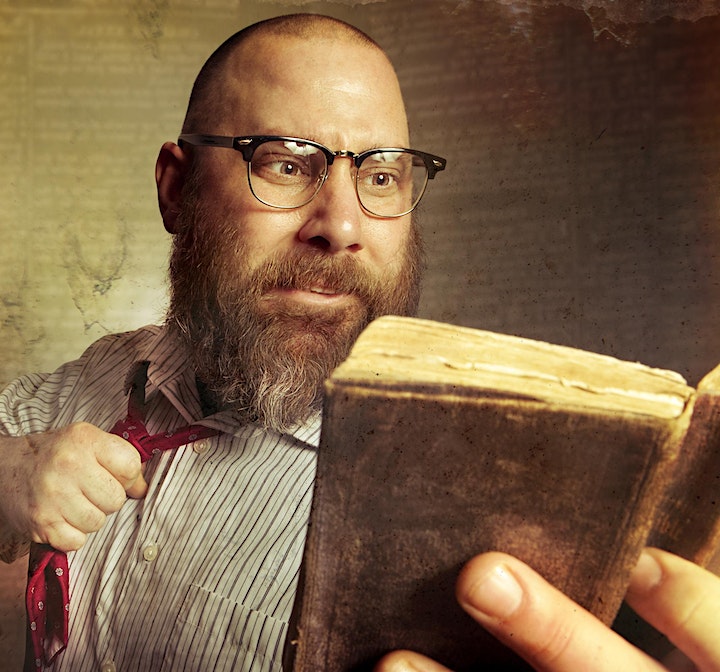 Diabolical Sound Platoon was born in 1998 in the home of one Samuel Redman (who would later go on to become known as The Prestidigitator). Along with his friend Benjamin Fisher (AKA Obi One) the two created one of Southwest Colorado’s Premier Hip-Hop groups. Through the years, DSP has taken many forms with many influences, styles and experimentations but has always had one key goal: To create original Hip-Hop and stretch the bounds of the genre. Diabolical has opened for the likes of Dead Prez, Lyrics Born, The Coup, KRS-One and many more as well as playing numerous venues throughout the southwest. With the added Turntable expertise of DJ Soul Work (Andrew Angle) and the added dimension of loop orchestration and dynamic Beatboxing, Diabolical Sound Platoon is hoping to push the limits of Hip-Hop.